The Meaning of Academic Dress

The wearing of academic gowns, mortarboards, tassels and hoods has been an integral feature of American commencement pageantry since the end of the nineteenth century.  In Europe, this tradition originated during the Middle Ages.  The early commencement ceremonies in our country were known for debates and orations given by the candidates to demonstrate their knowledge.  The Academic Procession is a colorful parade with faculty in distinctive gowns from universities around the world.  The hoods that are worn are fashioned of velvet and silk, their rainbow colors denoting the wearer’s institutions and fields of study.

The velvet facing of the hoods indicates the field of study in which the faculty have received their degrees.  The inside lining reflects the colors of the institution where the graduate degree was earned.  The typical tassel worn on the mortarboard is black, gold or other colors signifying academic distinction.

The colors listed below are those used on the velvet facing of the Master’s hood: 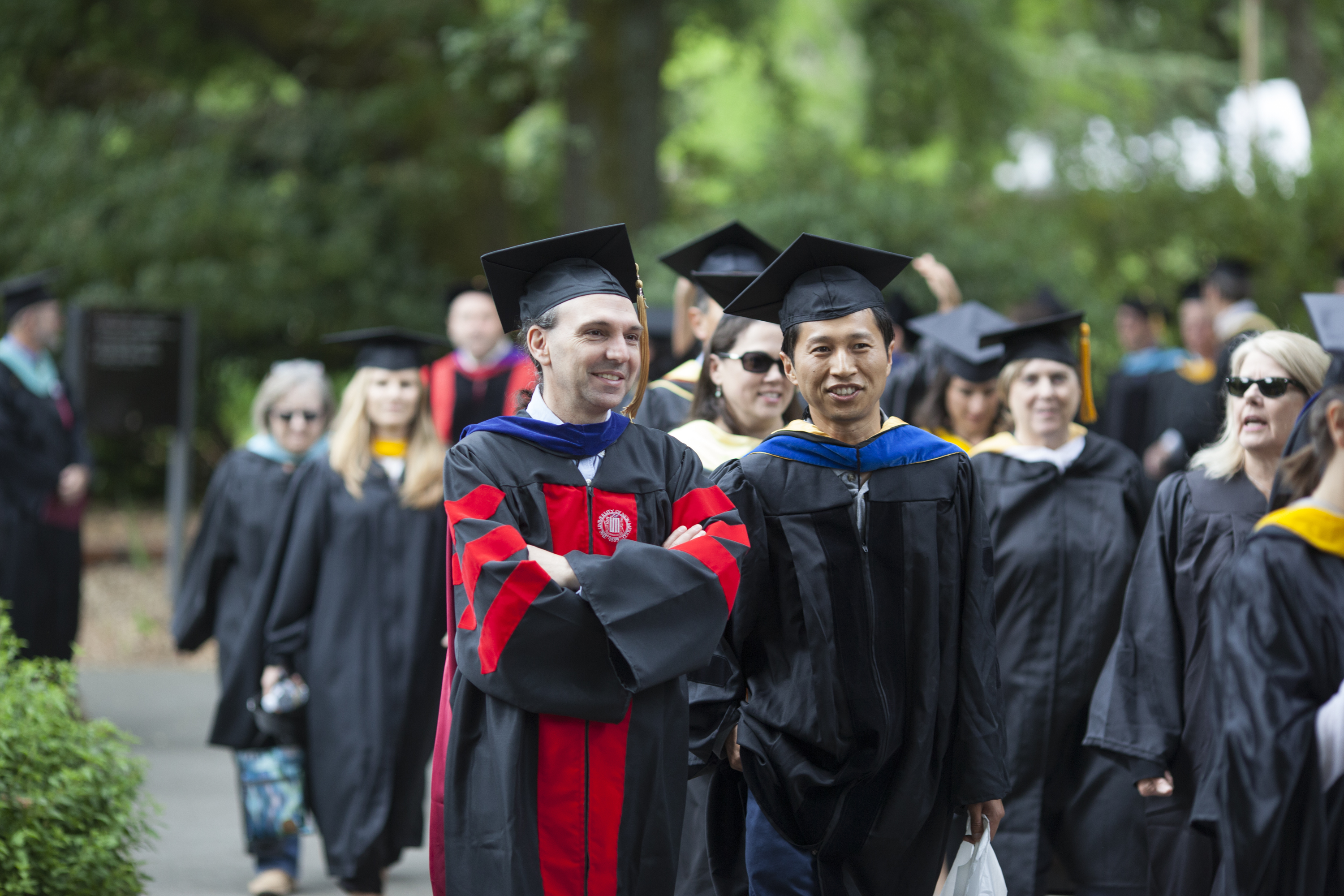 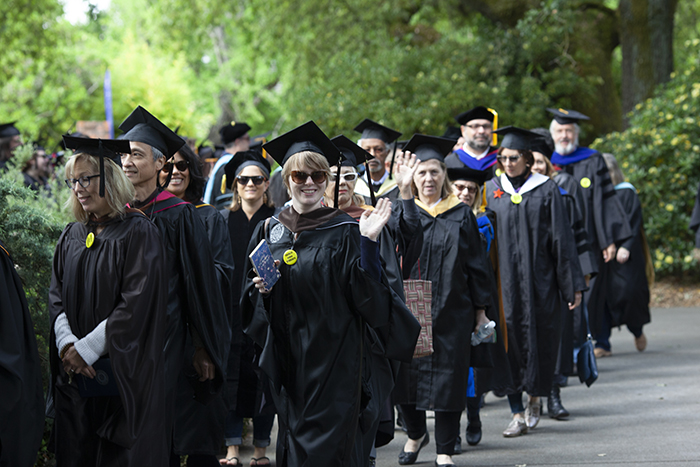 More about The Meaning of Academic Dress